Skip to content
Stolen is 10 this year! We have a limited number of tickets for sale so please join us at the Lexington on the 5th of september.
Tickets 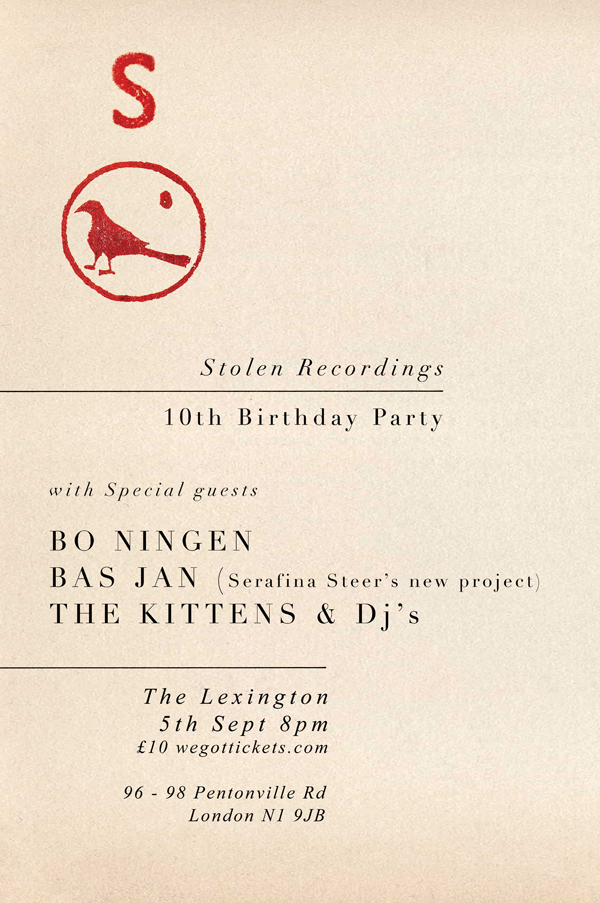 BO NINGEN:
Currently working on their fourth album due for release early next year, Bo Ningen has made their name on the London gig circuit after forming in 2007. Musically, they challenge their homeland’s legacy of obscure, brain-warping heavy psych, hurled together with their tastes in acid folk and noise and a weighty dose of Sabbath and Nirvana.http://boningen.info/

The Kittens are Bryan Mills from Enniskillen and Nick Munro from Edinburgh.

Mills co-wrote ‘The Minstrel’s Song’ with John Mclean which he performs in the film in his first on screen role, he also contributes ‘Theme from The Orkestra of the Dead’ – a funeral dirge on banjo and whistle.