We’re very happy to announce our latest signing Thomas Cohen, we’ll be releasing his debut album ‘Bloom Forever’ on the 6th of May 2016. The video for his Debut single ‘Bloom Forever’ premiers on Nowness today.

You can pre-order the 12″ single of ‘Bloom Forever’ and the album here. 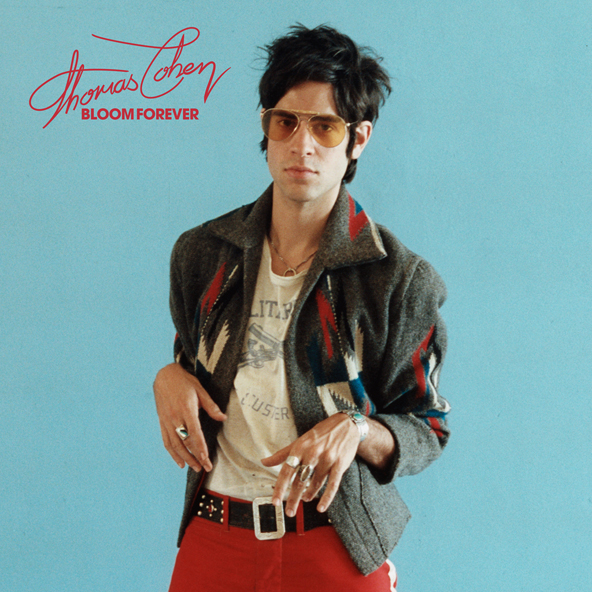 Thomas Cohen was previously frontman of the band S.C.U.M. who released one exquisite album Again Into Eyes in 2011.  Just 21-years-old when they split, Cohen’s life soon presented him with a different set of subjects to draw from. While his band may have broken up, his marriage and the birth of his two sons gave his subsequent songwriting a newfound focus and clarity.

Inspired by the works of singer-songwriters such as Townes Van Zandt, Judee Sill, Van Morrison and Jim Sullivan, Bloom Forever is a chronologically ordered document of the songs Cohen wrote between 2012 and 2015. It will be preceded by a debut 12” in March featuring the first two of those songs – Honeymoon and Bloom Forever. The latter of which recounts the birth of his second son with touching emotional honesty and a refreshing lack of sentimentality. “I wrote the lyrics in the hospital on the day he was born” recalls Cohen.

Of course, tragedy is also present on the record. In April 2014 the unthinkable happened. Cohen’s wife, Peaches died at their Surrey home aged 25, leaving him to raise their two small boys. Rather than turn his back on the record in grief, Cohen eventually decided to continue work on the album. Relocating to Iceland to write and record the rest of Bloom Forever and finding some kind of peace through the process.

Pouring the last three years into his songs, Cohen is aware there’s a risk that some listeners might view the entire album through the prism of spring 2014’s events.

“I would hate for somebody to listen to the record and just think about me, you know? That’s not why you really make music. You’re making music for somebody else to emotionally respond to.“

Beautiful, fragile, playful and defiant, Bloom Forever is an album to sink into and find your own places to get lost in it.