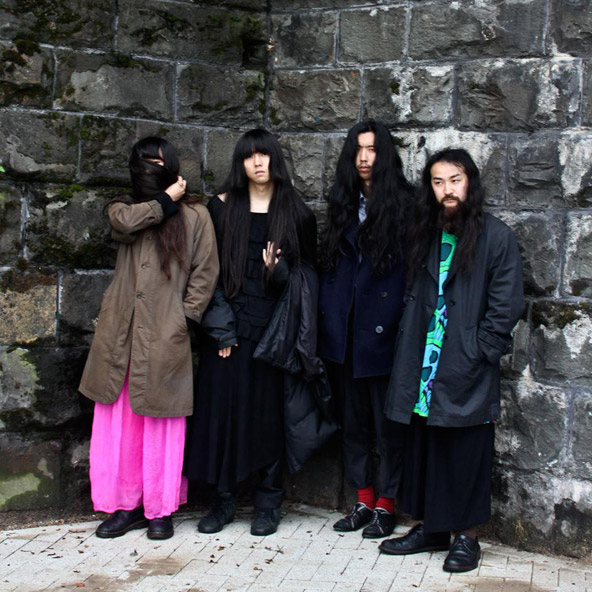 ‘Line The Wall’, the follow up to 2010’s eponymously titled debut, was self produced and recorded at London’s Lynchmob Studios over the last few months and features ten brand new tracks.

Regarded by many as London’s best live band, Bo Ningen have taken huge and exciting strides with this album. They’ve introduced elements that expand the structure and alter the sense of time and space in their music. In previous recordings they focused on capturing the live, raw feeling of the songs but now they’ve added musical layers giving further depth and texture. The tracks are still recorded live with the amps turned up really loud to keep the band’s unique intensity, but there is a shift in composition that gives the new material more possibilities with live dub mix, layers of overdubs and synth-processed guitar and drums. Bo Ningen have used the production as a part of the composition process, playing the song live, experimenting in the live atmosphere to carve, sharpen, and re-compose and the result is an explosive and exhilarating album.

The band set off on a tour of Japan in July before returning to the UK to play at the 1234 Festival and Bestival – Branchage Film Festival Takeover in September. Bo Ningen then head out on an extensive UK headline tour in October to coincide with the album release. (photo by Charlotte O’Shea)